One of the reasons why I picked Luxembourg as a destination on this trip was its relative lack of popularity. This isn't because it's not a fun place - on the contrary, it's phenomenally underrated - but because it's not filled with the tourist traps of London, Barcelona, Rome and yes, Amsterdam.

It was for largely the same reasons that I picked Lausanne, Switzerland as my second pit stop. Long in the shadow of Zurich, Geneva, Berne and Basel; I was curious to see this jewel on Lac Leman (Lake Geneva) and she didn't disappoint me. 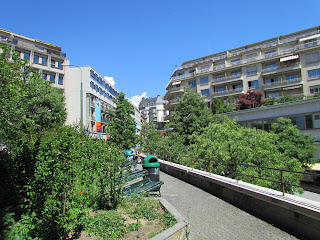 If the drive from Amsterdam to Luxembourg could be rated a 7/10, this one was definitely a 9/10. Traveling from Luxembourg to Eastern France - in particular, Strasbourg and Mulhouse (one of those German-sounding French towns, really close to the German border) - and then into the organizational and architectural (both natural and human-made) marvel that is Switzerland was especially gratifying. 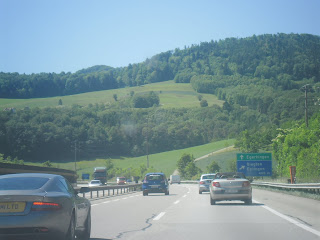 The picture below is of a small town called Yverdon-les-Bains. It's natural beauty was a harbinger of things to come. 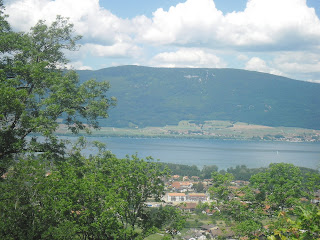 Lausanne itself was everything I expected it to be. I could see the Alps as I drove in to town and I was pretty excited about the prospect of being up close and personal with them. However, the topography of the city is complex to say the least. I practically walked throughout downtown Lausanne by following my limited view of the Alps before I finally made it to the coast and saw some of the most beautiful natural sights I've ever seen (the pictures below show my slow progression south...) 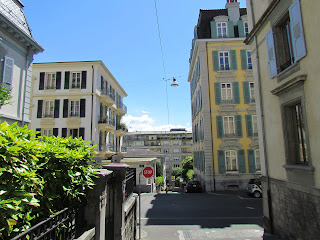 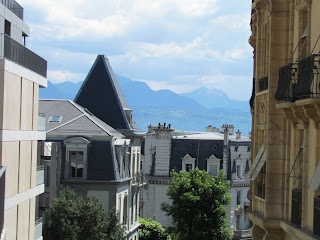 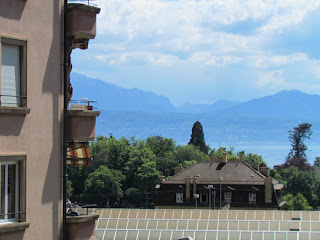 And finally, the Lake Geneva harbor... 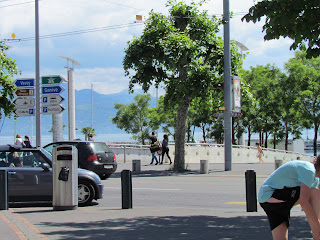 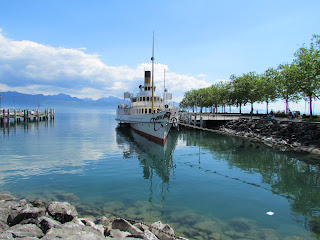 And yes, one of the best pics I took throughout this trip...lake to mountain to sky. Phenomenal. 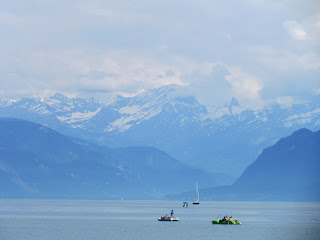 I really could have spent the rest of my trip at this spot and not missed a beat - I haven't even shown a fraction of the stunning pictures I gleaned from this spot alone. Lausanne = highly recommended.
I like this other picture because it came out so well...this is a hotel in downtown Lausanne, right by the lake. Postcard-worthy. 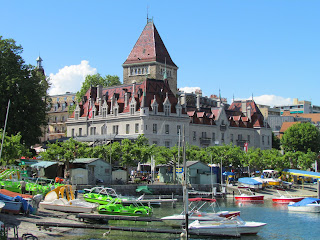 Altogether, Lausanne was fantastic. Like much of Switzerland, a stunning combination of nature and the ingenuity of human beings. You can imagine how excited I was to travel through southern Switzerland (its most beautiful area) the next day after all the good that the north had shown me. I was particularly adamant about traveling through the Alps, even if it meant delaying my arrival in Monaco by an hour or two. The next blog will tell that story!
Daily Summary - 566km traveled, 3 countries visited (Luxembourg, France, Switzerland)
Posted by Black Thought Reformer at 1:37 AM