This was probably - no, definitely - the best drive I've ever taken. It was the sort of the drive where you literally missed something if you blinked. At the start of the trip, I wasn't sure if my route would take me through the Alps, or as a lot of modern highways do, route around them for a quicker journey. Looks like the Swiss have no qualms about constructing fast-moving highways and tunnels - all 100+ of them that I drove through - up, over and under the Alps. It makes for a stunning drive, but one that's at relatively high speed, so I had to watch those corners! 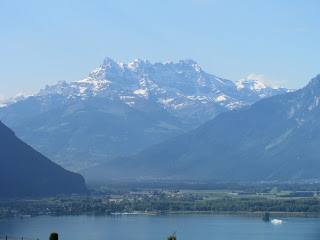 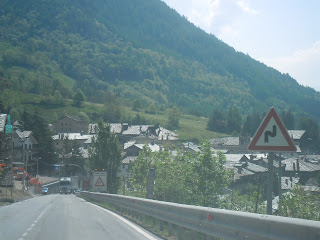 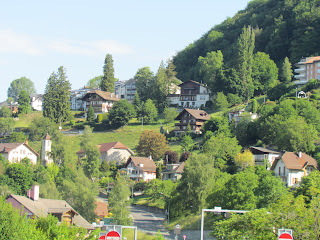 All the tunnels were exciting in their own regard, but the one that takes the cake is the Tunnel Grand St. Bernard, which connects Belfort, Switzerland with Aosta, Italy. Of course, the famous St.Bernard pass (no I didn't see the dogs) encompasses this tunnel - the pass is over 30km long and is sheltered (to prevent overhanging cliffs from shedding rocks onto cars) so it essentially feels like a 30km long tunnel with windows on the side. You can imagine the view - it was breathtaking. Too bad I couldn't take a picture in there - no spots to stop and too fast and winding for control of my in-car camera.
However, you can see some of the sights I saw on the drive up, around and down.... 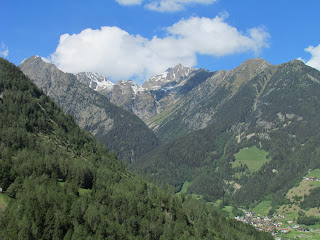 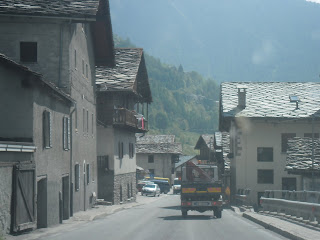 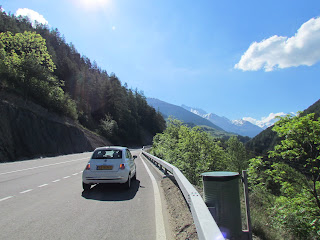 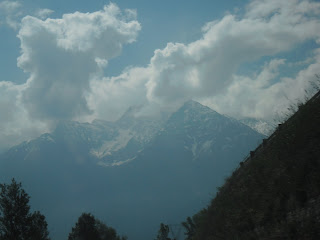 I'm sure you can tell which camera I was using in the car and which I was stopping to go out and use :-)
Driving through Italy - land of my birth - was almost equally stunning. The view as I came south and began to turn east towards San Remo and the French border was amazing. You're driving up a mountain range, then you begin a descent, go around into a tunnel and come out staring at a backdrop of the Mediterranean. It was something special. 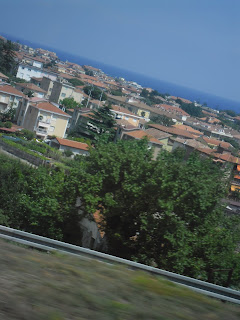 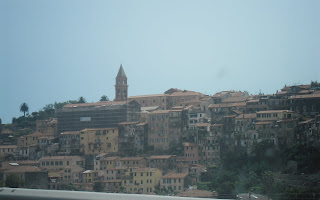 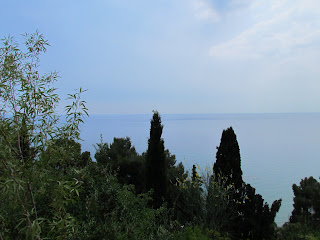 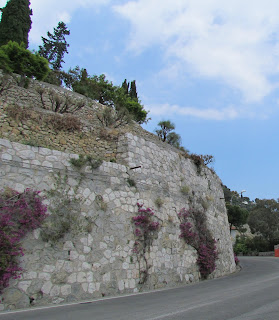 The French Riviera is everything you expect it to be - homes on hills, beach front hotels, fast cars, and some really great looking women. I was impressed with the area. They were prepping Monaco for the F1 race taking place the next week - it was fun to semi-race Claudia and pretend I was actually driving in the race, especially going through the famous Monaco tunnel :-). 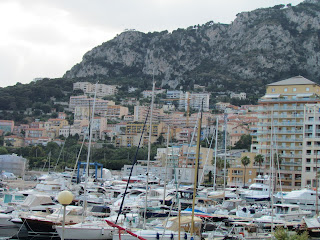 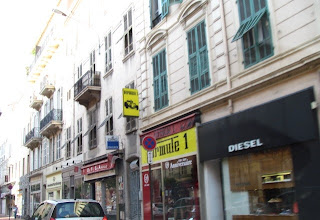 For my money though, I'd prefer to live somewhere in Switzerland if I had a choice.
Altogether, another perfect day of driving and sightseeing. Well worth it for anyone contemplating a trip to Europe - even if you train it everywhere else, drive through Switzerland.
Daily Summary - 540km traveled, 4 countries visited (Switzerland, Italy, France, Monaco)
Posted by Black Thought Reformer at 11:24 AM